You are most welcome to visit our Tiwi Turtle Police Project. You can join the turtle police and rangers patrolling at the beach while they will tell you interesting facts about the turtles and the nests. If the relocation of a nest is necessary, you will help the turtle police to do so. If you are lucky, you will see the babies hatching and finding their way into the ocean! The members of the project will be happy to answers any questions you have. Participation is free of charge. More details here. 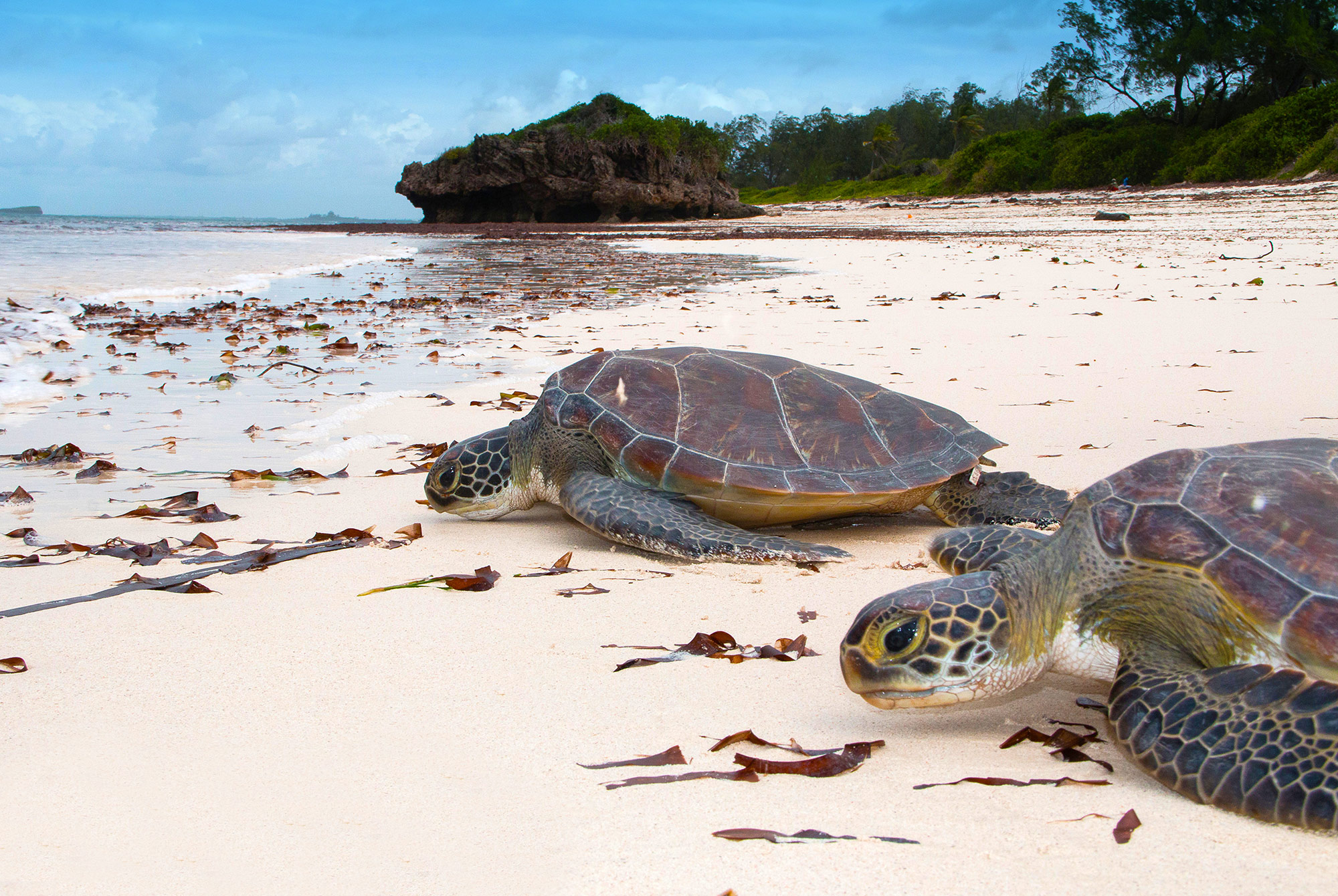 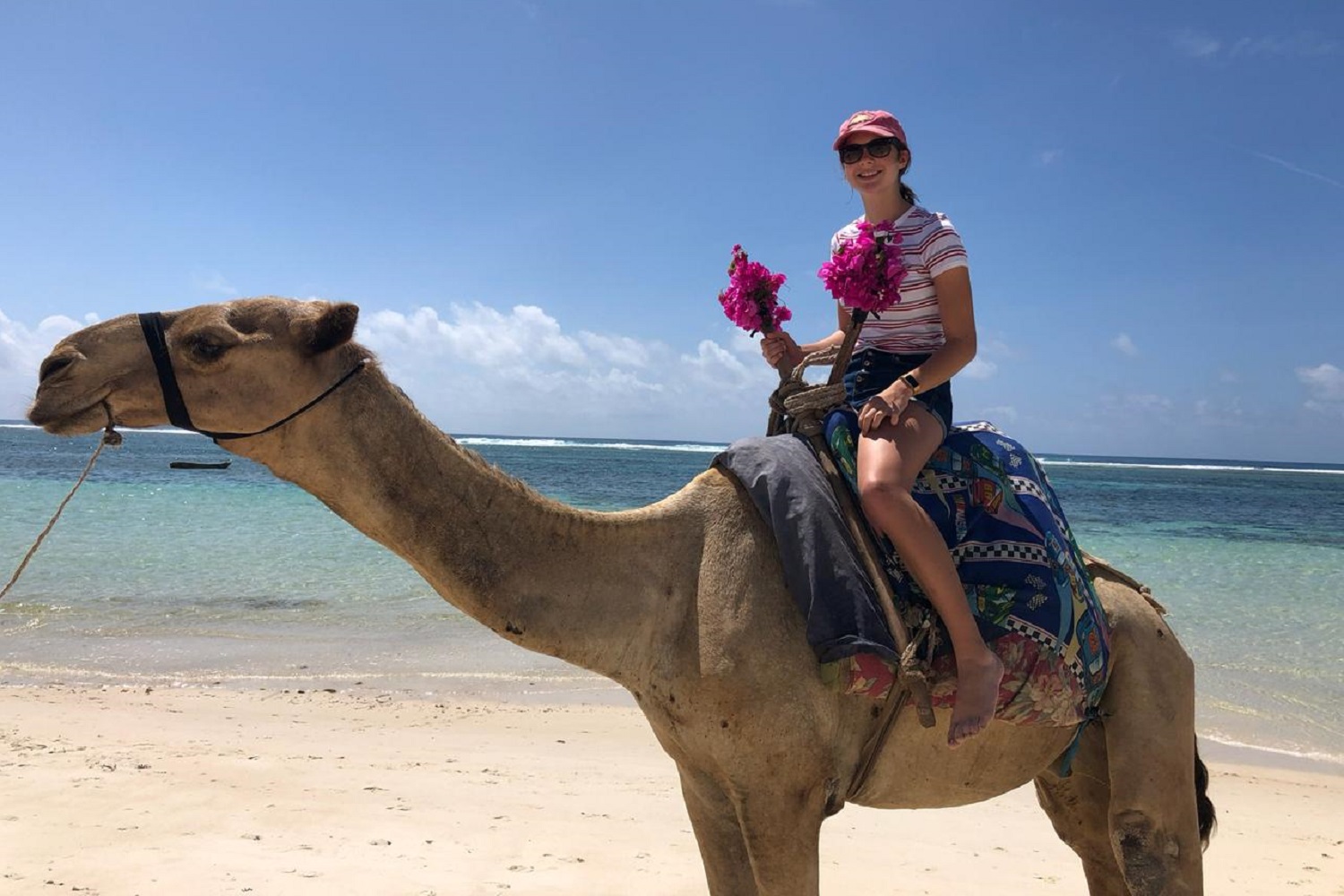 An exciting week for young explorers and adventurers:

For kids from 4 years old, please contact us for further details. Price: 99 $ per child

The natural swimming pool called Kinondo has a size of four Olympic swimming pools and with its maximum depth of 6 meter is the perfect snorkelling spot! The white sandy sea floor and the turquoise water are the home of huge coral heads in wonderful colours. Occasional also sea turtles are coming here. Half day tour includes: ·         Pick up and drop off at Coconut Beach Lodge ·         Snorkelling equipment Price: 40 $ per person 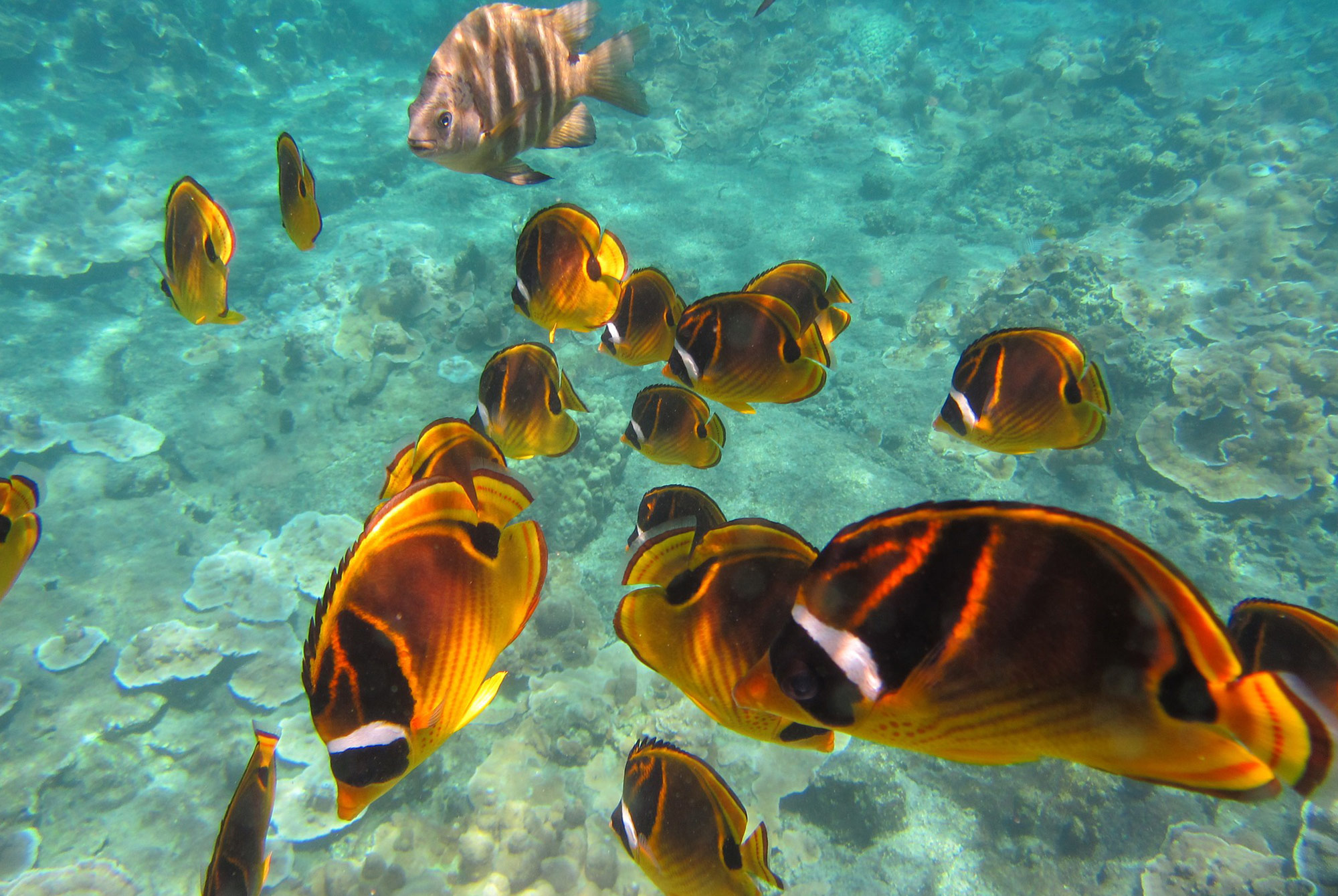 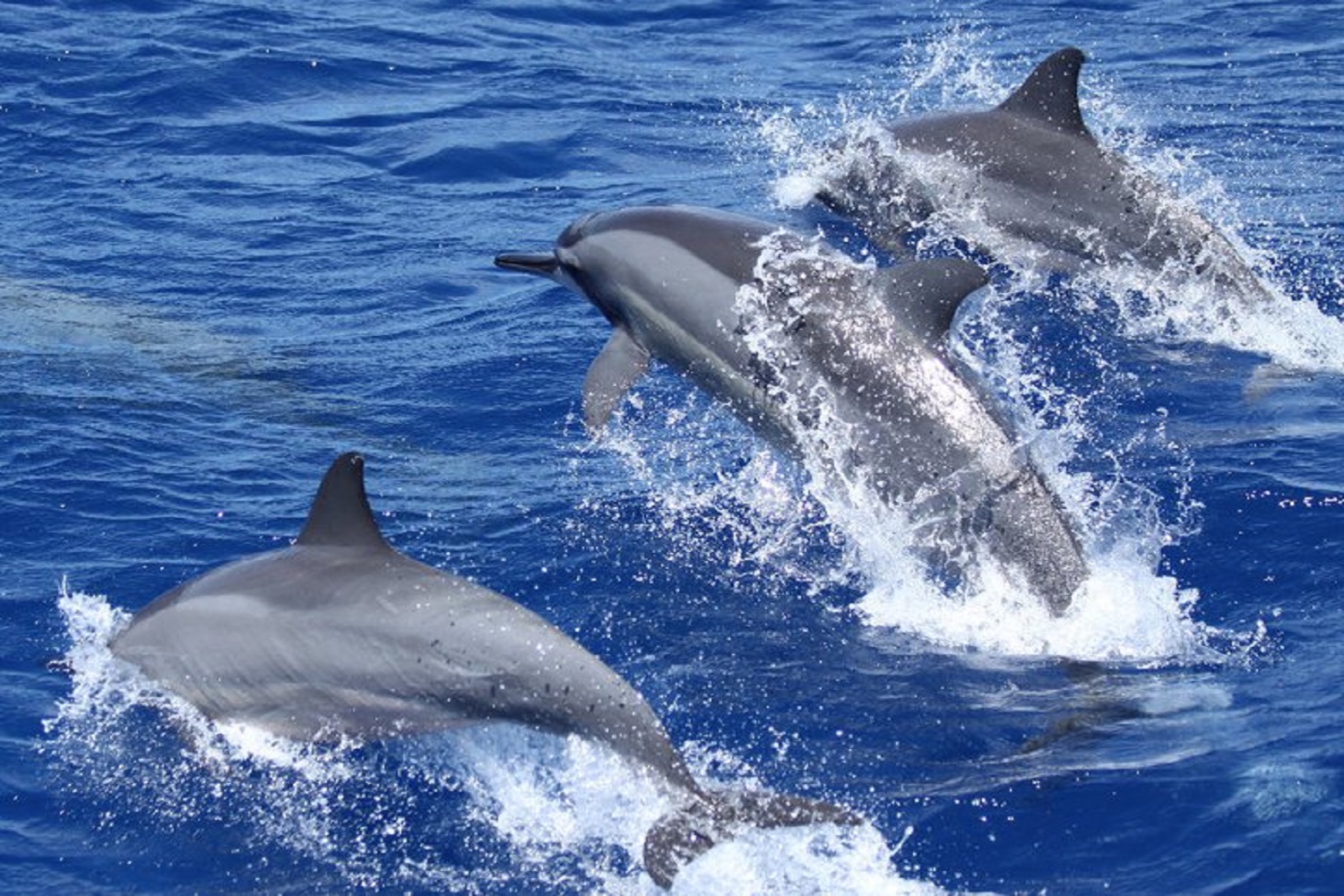 You will start you trip at Coconut Beach Lodge with a drive to Shimoni, a small town nearby the boarder of Tanzania. Here was once the first colonial base of the British in Eastern Africa which can be noticed in old buildings in colonial style. You will board now a wooden dhow boat, the main means of transportation on Kenya’s coast. While sailing through the blue lagoon, you might be able to spot dolphins. The dhow will drop anchor in the middle of a beautiful coral forest where you can snorkel through uncountable colourful fishes. You might even meet turtles under water! Later on a delicious swahili seafood lunch will be served on Wasini Island, a small beautiful place midst in the Indian Ocean. After lunch you will take a walk through the coral garden. Then the dhow will sail you back to the mainland and you will be driven back to Coconut Beach Lodge.

The south coast of Kenya is the perfect spot for diving. No matter if it is your first diving experience or if you want to do PADI certified courses, we offer different possibilities from “Bubble maker”, to “Dicsover diving”, “Open water”, differnet dive packages and much more. 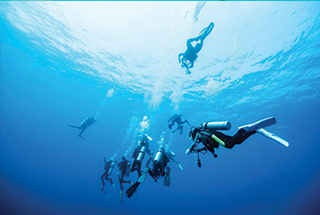 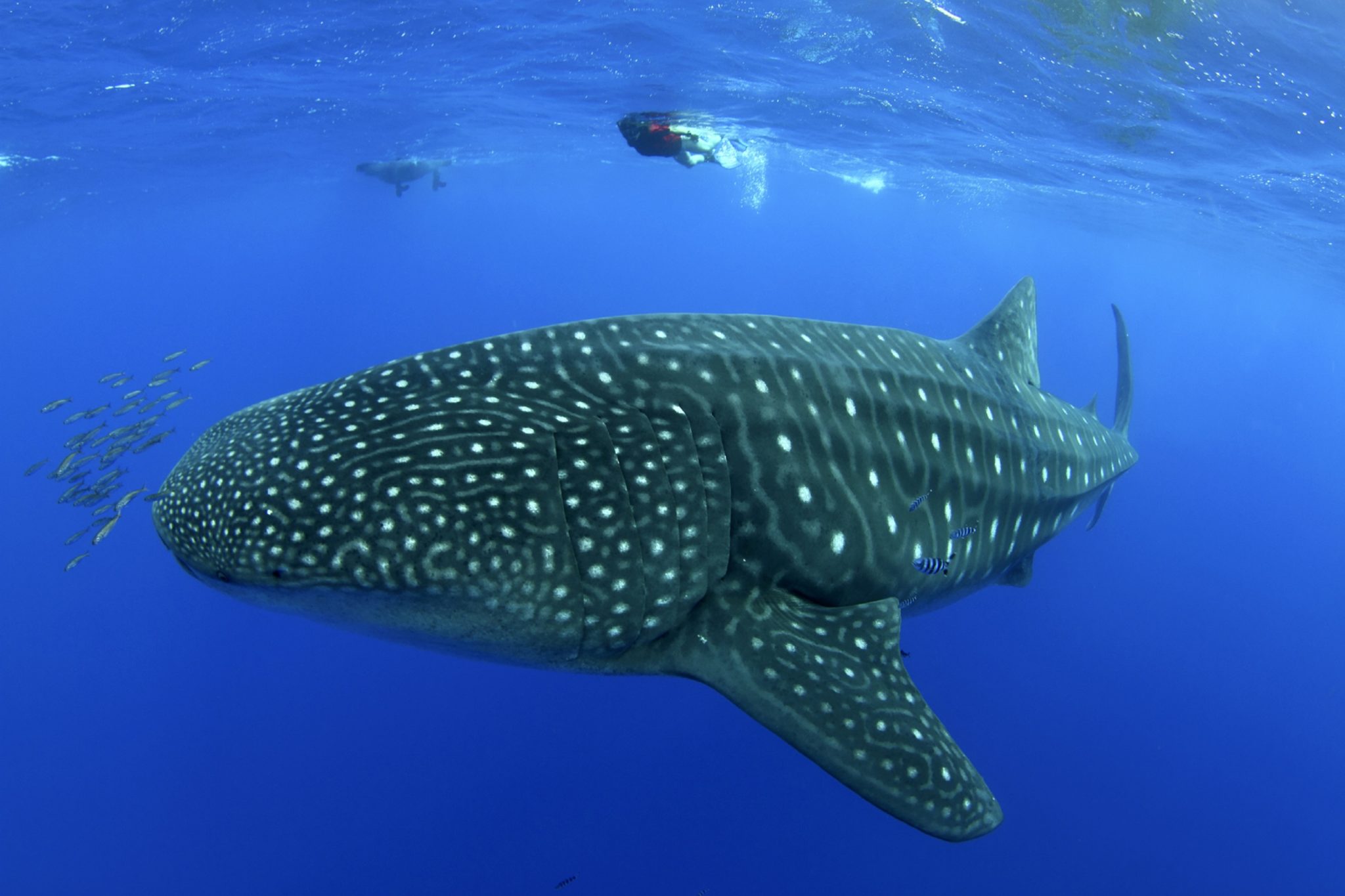 The spotter aircraft hovers over the turquoise ocean and helps to spot the gentle giants. Then the special moment is here, you will swim with the giants of the oceans, which glide calmly through the water. The up to 13 meters long and about 12 tons heavy animals are peaceful and kind creatures that float silently through the ocean. They are the largest shark and at the same time the largest fish of our earth. They are toothless and feed on plankton and small fish and are completely harmless. Experience a fascinating underwater encounter that you will never forget.

Stand up Paddling and Kayaking

Cruise around the lagoon and enjoy the sheer beauty of the Indian Ocean or surf the waves on the reef and the shore break with the SUP board. Or rent a kayak and take a trip to Robinson Island which is a sand bar out on the reef in front of Baobab Hotel and exposed at low tides only.
It is also possible to do kite or windsurfing, please contact us for details. 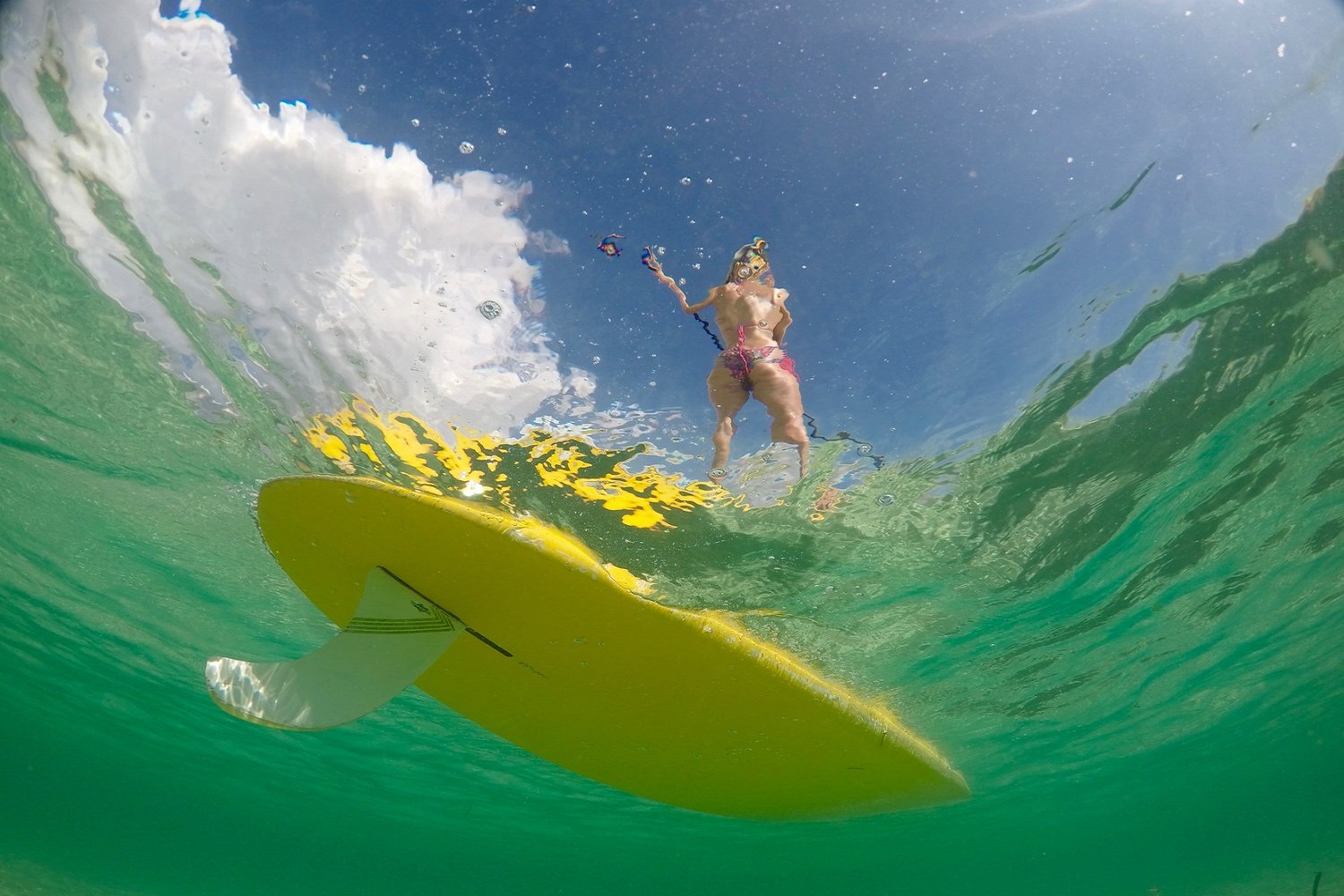 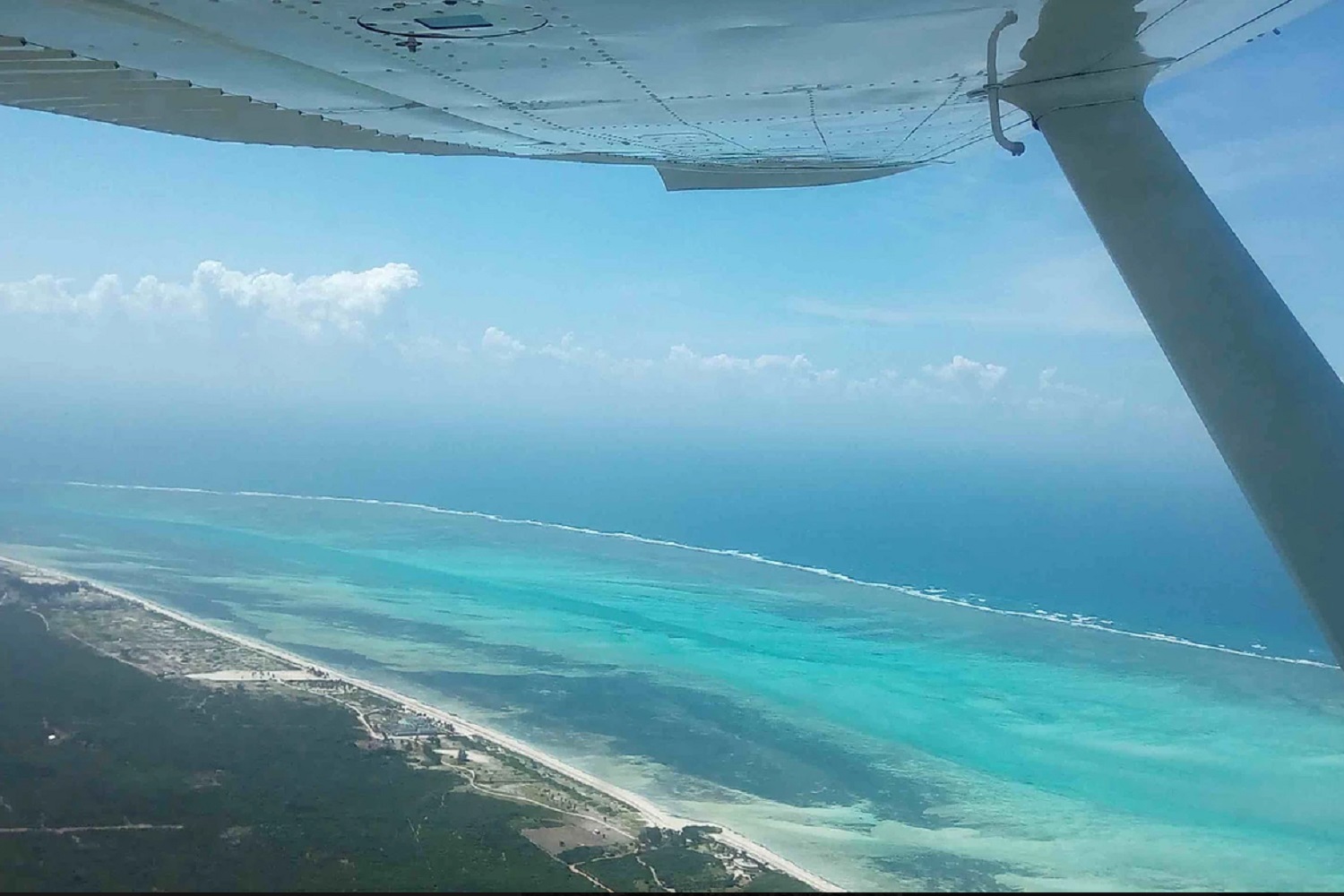 Fly along Diani Beach, past Chale Island, Msambweni, and Funzi Island. See the amazing turquoise waters and beautiful beaches from the air while experiencing the excitement of flying in a small airplane in Africa! View Video

Playing golf at the Leisure Lodge, Beach and Golfresort

Playning golf at Kenya’s coast under palm trees: Leisure Lodge is only about 13 kilometers away, here you can spend a day playing golf (9 holes or 18 holes). 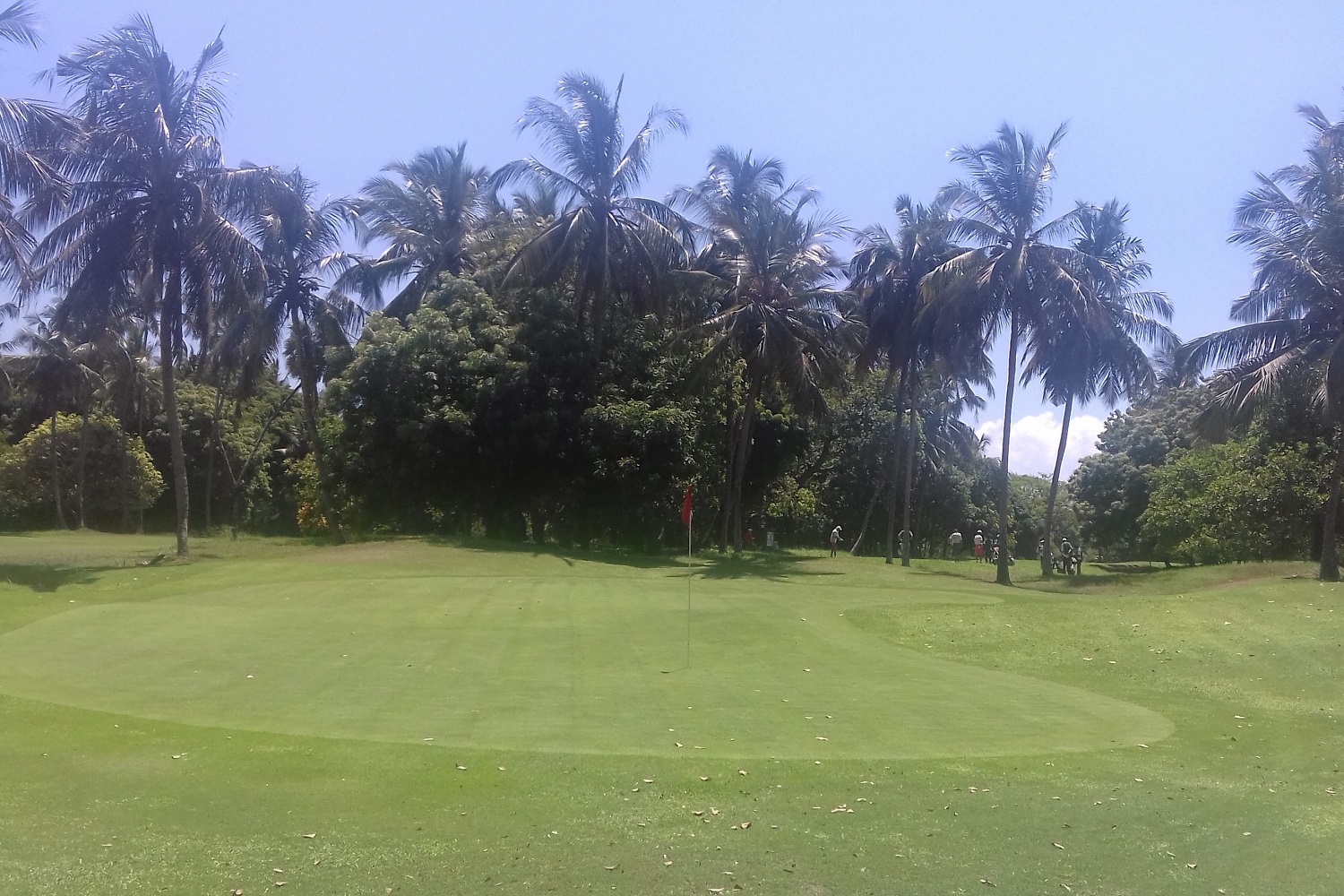 Mombasa uniquely combines tradition and modernity. Smells of cinnamon, anise, curry are in the air at the Soko spice market in the old town. Fruit, vegetable and meat merchants clang loudly to the customers in the Digo Road, the people move slowly in traditional Arab robes through narrow, winding streets. In the old part of the 14 km² island of Mombasa, numerous buildings, food and clothing style testify to the influence of the Arab merchants who settled here. But Mombasa is by no means only influenced by the Arab culture. For centuries, there has been a lively cultural and economic exchange between India, Arabia, Europe and Persia. This is evidenced by the Hindu and Sikh temples, the Catholic cathedral and a Jain temple.  Explore the city full of coastal culture!

The life at Kenya’s coast is still very traditional. On this trip you will visit Shimoni village, a typical costal village with its huts and small streets and tiny shops. Here, life has another paste and the village’s inhabitants are very friendly. You will also get to know about the dark and painful history of slavery and visit slave caves. Later on you will visit the beautiful Wasini Island and its coral garden where you can stroll around. Discover plenty of birds while you walk through the mangroves on a wooden board walk and enjoy the sea breeze. 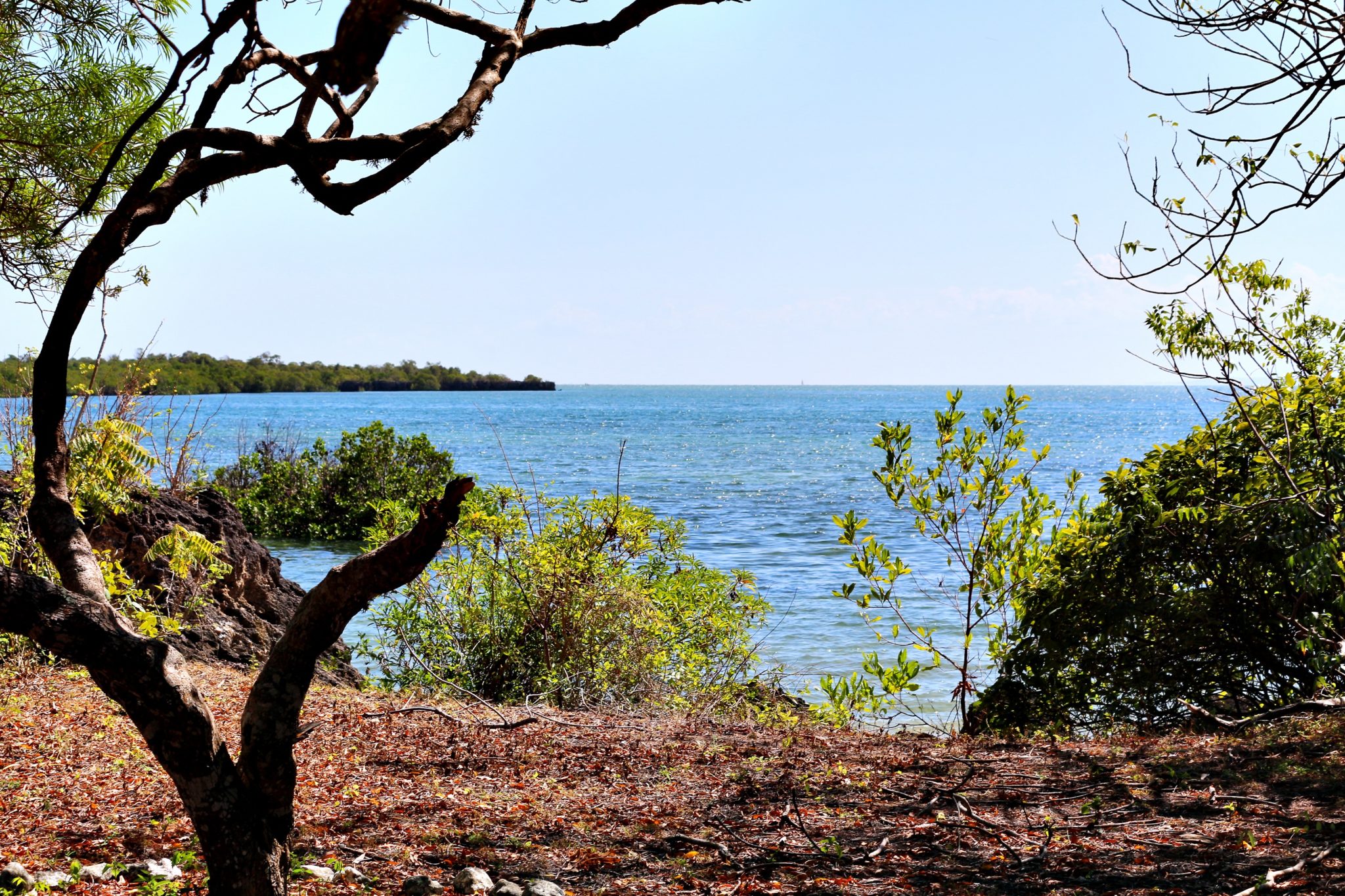 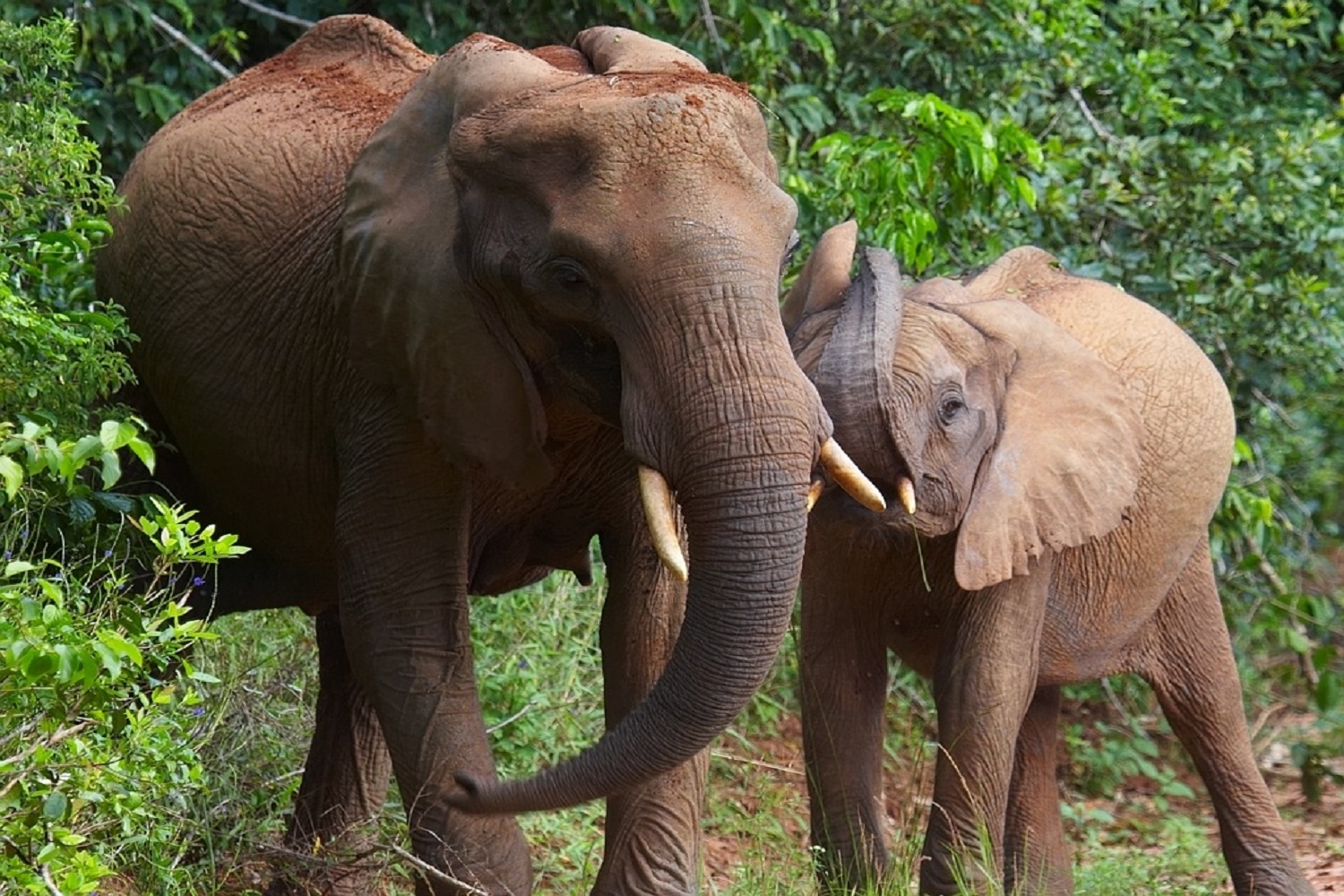 The Safari starts at 6:00 am – you will be picked up and drive to the Shimba Hills National Reserve (approx. 1 hour). Along the way you will immediately notice the breath taking landscapes and change of scenery. The first game drive will take you deep into the rainforest where you will explore your surroundings and track the animals living in the area. Guided by a ranger, you will stop at the Sheldrick Waterfall where magnificent views await you and walk down to the refreshing freshwater pool (approx. 2 hours in total – please bring drinking water, good walking shoes, swimsuit, sun screen and a towel) At around noon you can look forward to a mouth-watering four-course lunch served on the wooden veranda of the SHIMBA HILLS LODGE, overlooking the waterhole. The natural environment is such that you can expect the curious little resident squirrels to join you. After lunch you will go on another game drive before we drive you back to Coconut Beach Lodge in the late afternoon.